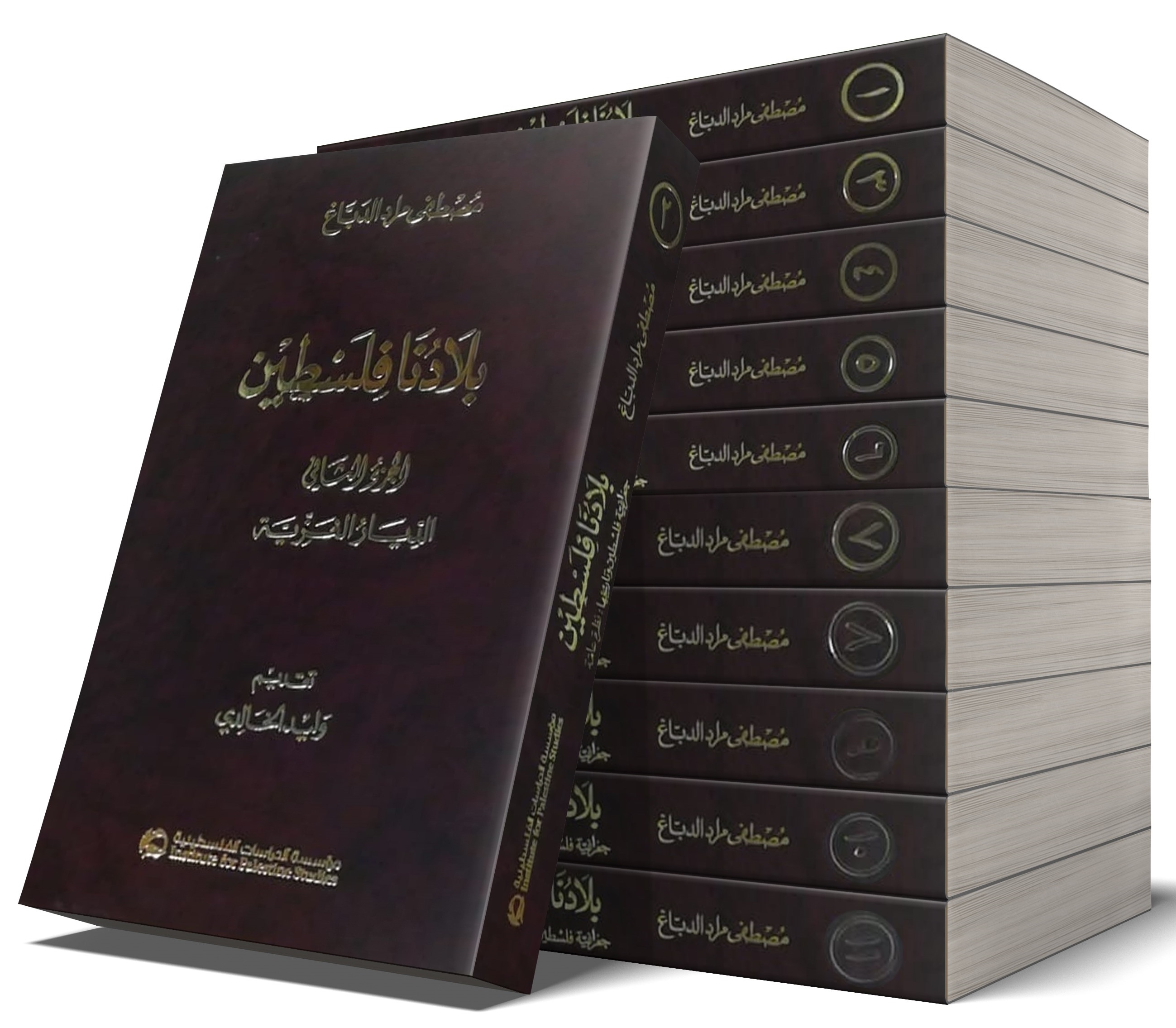 Mustafa Murad El Dabbagh, author of this encyclopedia comprised of 11 volumes, based his research on various writings by Muslim chronologists and geography experts, several Arabic and translated history texts, and Arabic dictionaries, along with magazines and newspapers. The encyclopedia covers Palestine’s geographical location, area, population, natural zones and administrative areas, history since prehistoric epochs including the history of Semitic and Arian peoples who inhabited it, as well as the arrival of Jews there, reaching to the era of Roman rule and Arab tribes before Islam. The encyclopedia covers also the history of Gaza Strip since the Arab - Islamic conquest, the geography of towns and villages in Gaza area (Gaza and Bir el-Sabe districts) the history and geography of Nablus’ territory: the districts of Nablus, Jenin, Tulkarem; in addition to Yafa’s territory, Hebron’s territory, Galilee’s territory- Jund al-Urdunn and finally the territory of Beit al-Maqdis.

Mustapha Murad al-Dabbagh (1897-1989), was born in Jaffa. He completed his elementary education at the Amiriyya School in Jaffa and his secondary education at the Maktab Sultani in Beirut. In 1915 he was summoned for military service in the Ottoman army as a reserve officer. He underwent military training in the town of Baalbek (Lebanon) and then was sent to a military barracks in Istanbul. At the end of World War I, he joined the staff of Sharif Hussein and worked for more than a year in Hijaz. When Britain occupied Palestine, he returned to Jaffa in 1919 to work in education, first as a teacher and then as headmaster of the Government School in Hebron. He moved to Jerusalem in 1925 to teach social studies at the Teachers’ College and then became deputy inspector of education in Nablus and Gaza (1927–33) and finally inspector of education in Jaffa (1933–40), in Nablus (1940–45), and again in Jaffa (1945–48). He held several positions, few of which: Deputy to the director general of the Jordanian Education Ministry (1950); Director general of that ministry in 1954; Director of Education in Qatar (1959–61).