The Political, Economic, and Literary Writings of Burhan Dajani 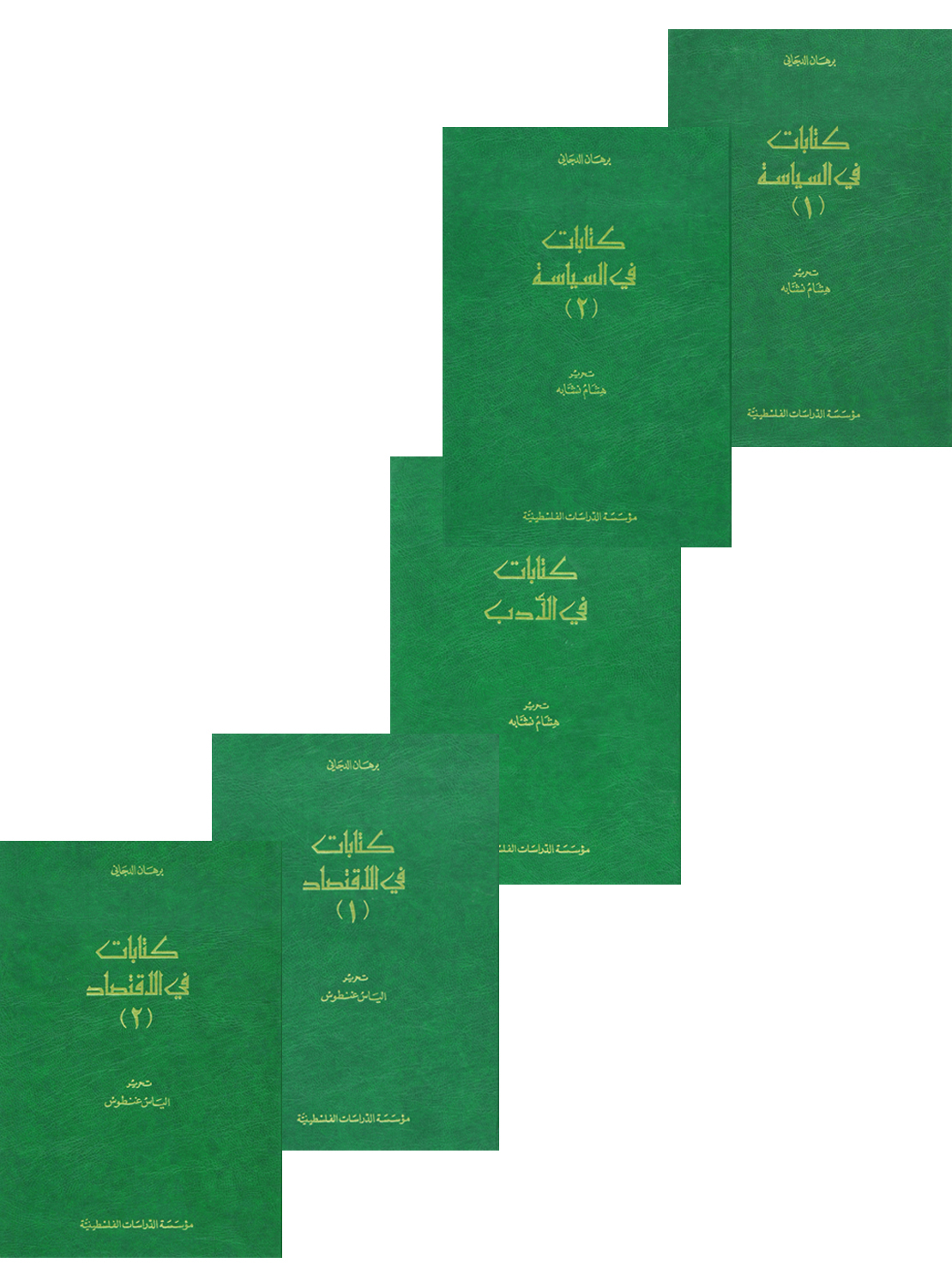 This five-volume edition contains selections from the political, economic, and literary writings of Burhan Dajani. It was prepared in commemoration of his life and the efforts he exerted on behalf of Arab causes, particularly the Palestinian cause. The first two volumes (“Political Writings”) edited with an introduction by Hisham Nashabe, contain his most important essays on the question of Palestine and the Arab-Israeli conflict, including editorials in al-Hadaf (published in Jerusalem in 1950), articles written in 1954 when he was a professor at the American University of Beirut, and selected articles written between 1988 and 1998. The next two volumes (“Economic Writings”), edited with an introduction by Elias Ghantous, contain his writings on Arab economic and social development, Arab economic unity, the international dimensions of economic relations between the Arab states, Arab oil, and Arab finances. The final volume (“Literary Writings”) contains a comprehensive and critical study of the biography of the Mamluke ruler Baybars. These five volumes do not comprise a biography of Burhan Dajani or a complete collection of his writings; rather, they constitute a selection of his most significant intellectual contributions in politics, economics, and literary studies.

Burhan Dajani (1921 - 2000) was a prominent economist, academic, intellectual, and man of letters. He was a founding member of the Board of Trustees of the Institute for Palestine Studies, a member of the Economic Advisory Council of the League of Arab States, and served for over fifty years as General Secretary of the General Union of Arab Chambers of Commerce, Industry, and Agriculture. Considered one of the most significant Arab intellectuals of his generation, Dajani was characterized by the diversity of his scholarly concerns and his broad cultural interests. Dajani died in Amman on 15 September 2000.