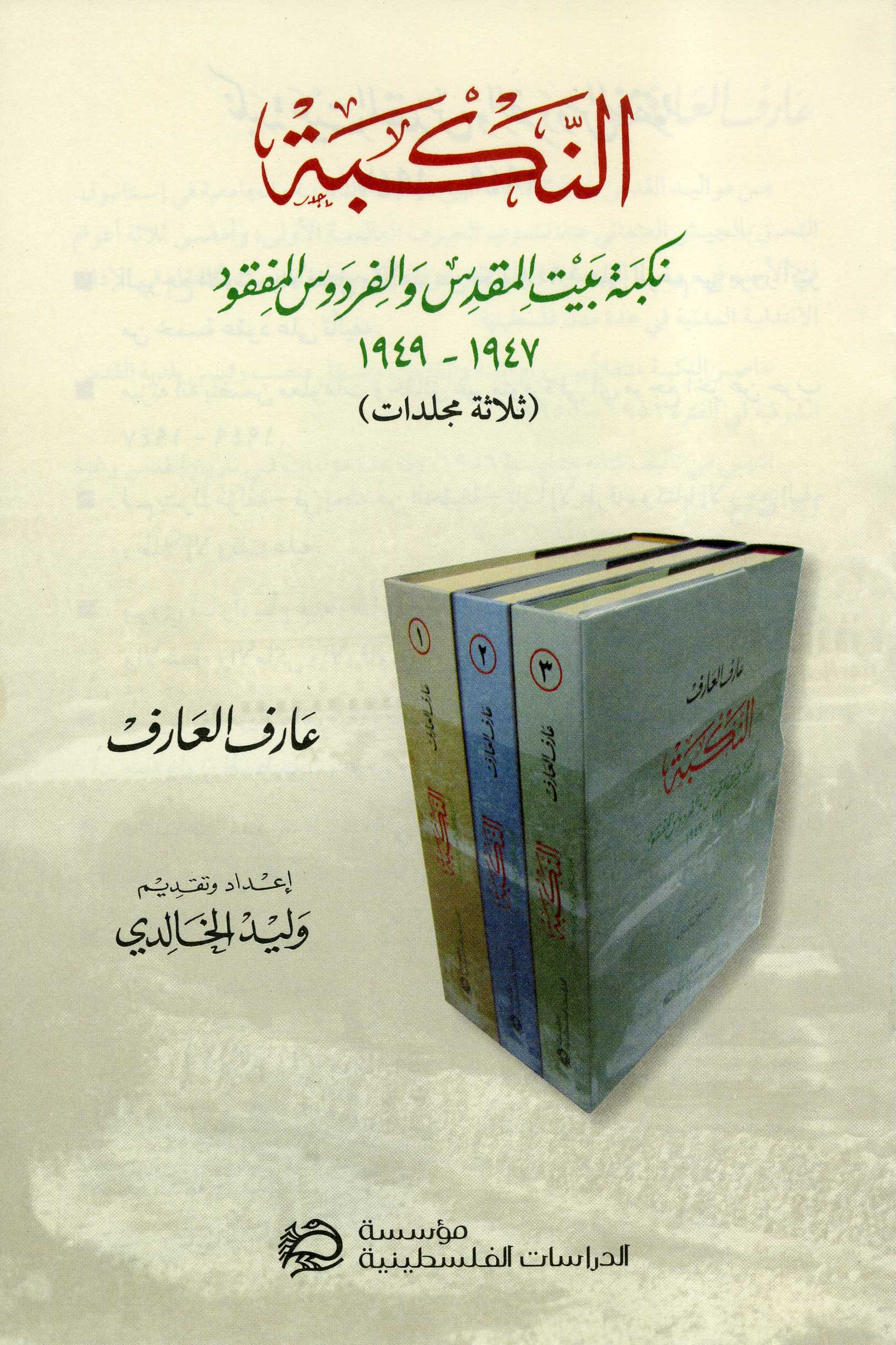 This book, even though more than five decades have passed since its publication, remains one of the most seminal and credible Arab references, and the most important Palestinian reference on the 1948 Nakba. His author has witnessed the Nakba first-hand and recorded the developments on a daily basis. He accurately recorded an unmatched number of accounts he heard from Arab and Palestinian officials, activists and ordinary citizens he was keen on interviewing in Palestine and Arab capitals to inquire about the truth.

Arif al-Arif was born in Jerusalem in 1892, and completed his secondary and university education in Istanbul. He joined the Ottoman army at the outbreak of the First World War, and spent three years in captivity in Tsarist Russia. After his return to his homeland, he was nominated District Officer in the civil mandatory authority in several Palestinian cities. He witnessed the Nakba moving between Ramallah an Jerusalem, and served as mayor of East Jerusalem from 1951 to 1955. He authored many books on the history of Jerusalem, Gaza and Beersheba. He died in Ramallah in 1973.