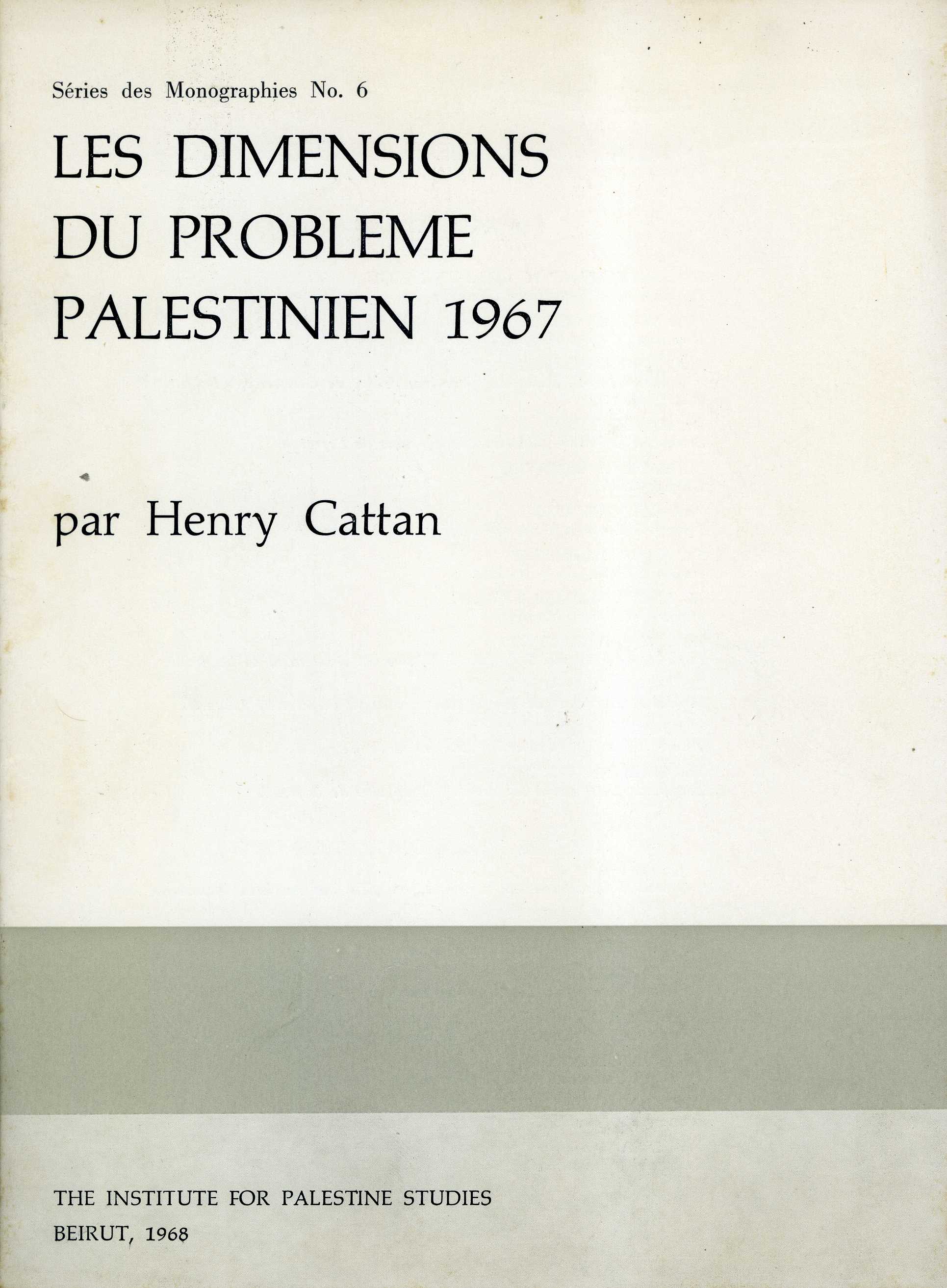 Henry Cattan (1906-1992) joined the Palestinian Bar Association in 1932 and lectured at the Jerusalem Law School until 1942. He gave evidence before the Anglo-American Committee of Inquiry on the Palestine Question in 1946, and presented the Palestine Arab case at the second special session of the UNGA at Lake Success on behalf of the Arab Higher Committee. He was appointed by the Arab League for discussions with Count Bernadotte, the UN mediator on Palestine. He was forced into exile, and has published several books.