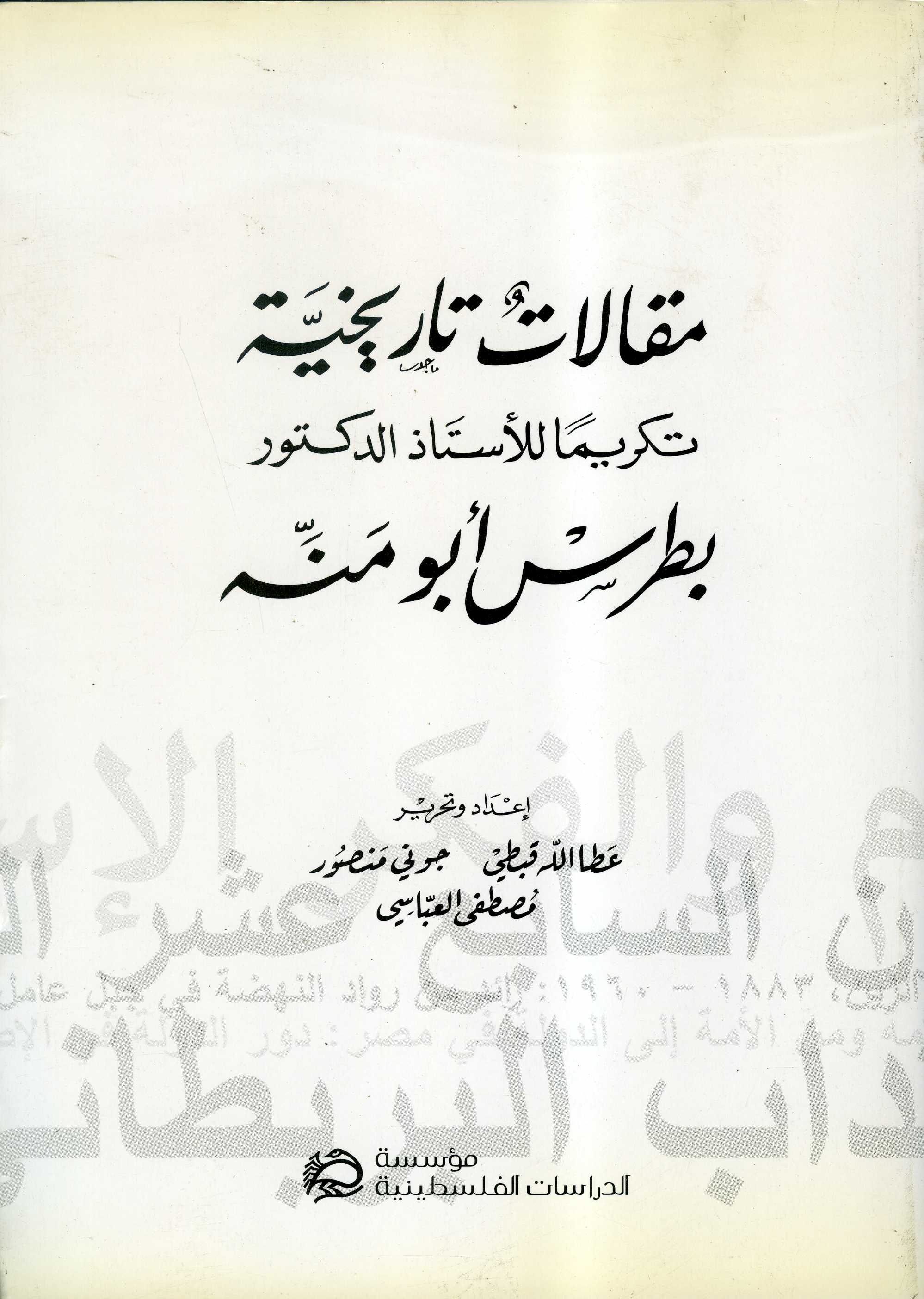 The book includes thirteen articles by historians and researchers who are friends and students of Professor Butrus Abu-Manneh, and mostly specialized in the history of the Middle East. It was difficult to classify these articles given that they do not focus on one topic, and are not written over a specific period of time. The book is composed of 352 middle-size pages, and has three sections.

The first section addresses the history of Islam and Islamic thought. The second includes topics about Ottoman history from the seventeenth to the nineteenth century. In the third section, you read about the history of Palestine during the British mandate. Two articles in the second section are an exception to the book classification: the first one deals with the same topic - the history of Palestine - but over a different period of time, i.e. after 1948 (The Shiite Scholar Ahmad Aref El Zein, 1883-1960: a Renaissance Pioneer in Jabal Amel), while the second (From State to Nation and from Nation to State in Egypt: the State's Role in National Reforms and the Role of Nationalism in the Reform of the State, 1805-1952), which is the closing article of this section, addresses a different topic over a different period of time as well, by focusing on the Egyptian history before and after World War II, i.e. in the Nasserite era.