The European Union and the Israeli Settlements: From Support to the Boycott Decision 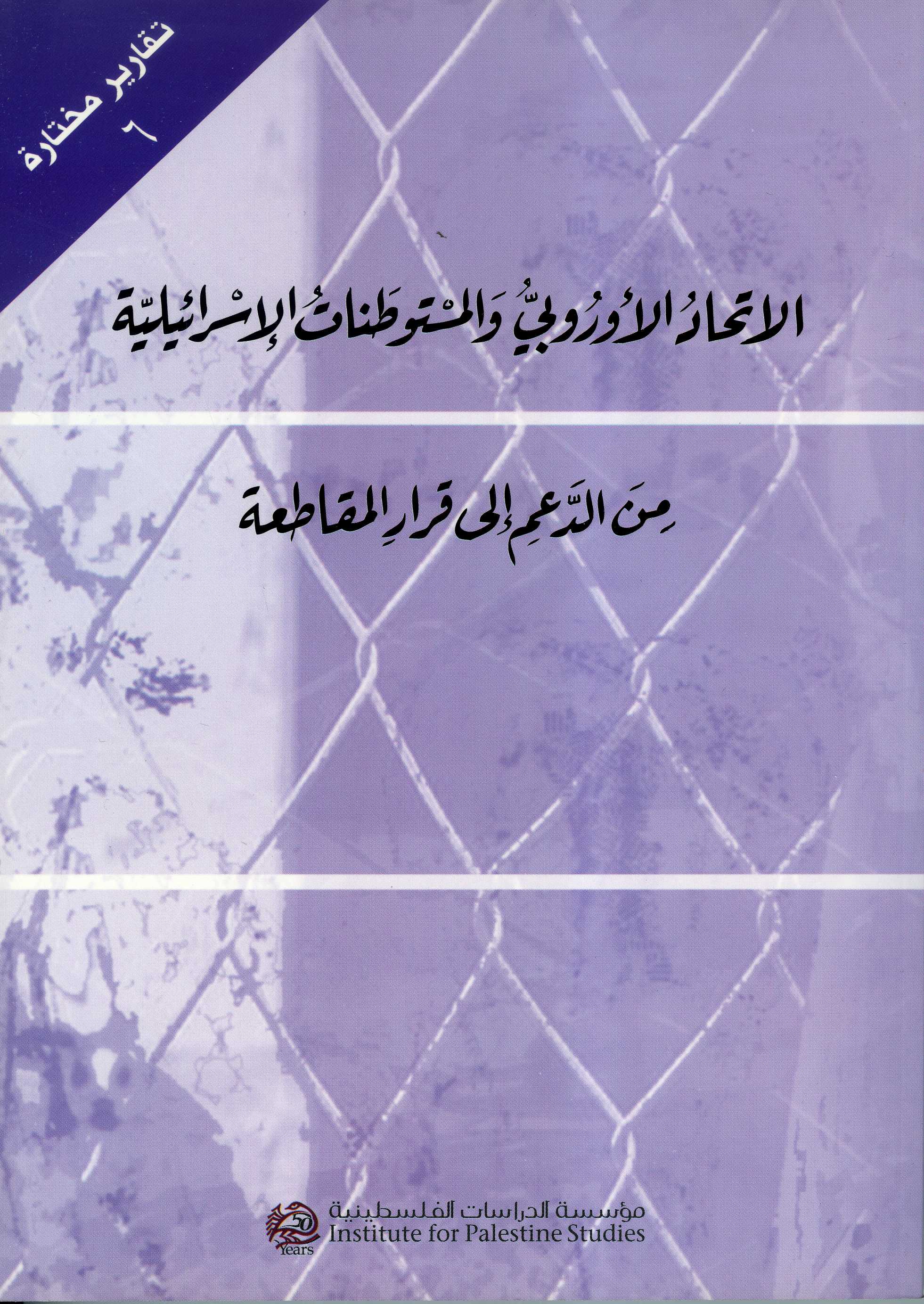 This is the sixth book in the series of "selected reports" published by the Institute for Palestine Studies since the beginning of 2007. It includes a report prepared by 22 European organizations which discloses, through accurate information, figures and statistics, the role of European industrial and financial institutions in the survival and development of settlements, in addition to the facilities provided by most EU states to import the settlements' products and market them in European countries, in spite of the repeated official statements stressing the illegality of Israeli settlements in the occupied territories.

The book also includes a recent EU document that calls for ending cooperation with settlements in the occupied Palestinian territories starting from the year 2014. It is a promising document if allowed to be implemented. Palestinians and Arabs should not waste this opportunity; they have to exert, armed with will and determination, effective pressure on the EU states.